Within a short period of time phones have exponentially evolved from a household shared device to portable personalized smartphones that are capable of making calls and sending text messages, navigating through the world, teaching information, entertaining, acting as a personal assistant and so much more. Although these amazing features serve as a great benefit for many people – smartphones aren’t always a smart choice for everyone. 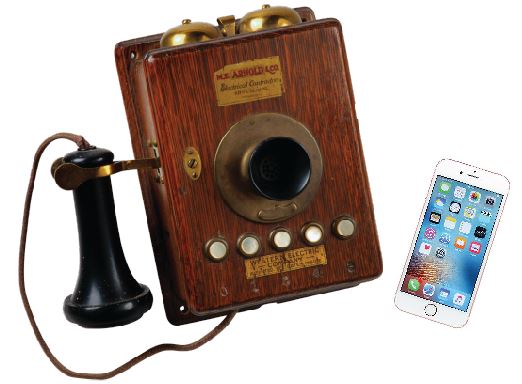 (e.g., make calls, check Voice mail, etc.). With the phone open, press the Voice Commands key on the keypad. Usually the Voice Command key has an icon of a microphone printed on it. It is usually found on the zero key or underneath the menu key. Here are some examples of some voice commands basic phones feature:

Recently I worked with Ruth, a woman in her 80s who has Macular Degeneration. She uses a basic flip phone that she utilizes for making calls. Macular Degeneration impacted Ruth’s vision so seeing her cell phone’s keypad numbers to dial telephone became impossible. Through the Telecommunication Equipment Distribution Program Ruth was able to work with me and receive a free cellphone adaptations assessment and cell phone features training.

As soon as I got to know Ruth and took a look at her cell phone’s capabilities I knew a few simple adaptations and little bit of training would take her a long way. I taught Ruth how to dial using Voice Commands, put a small bump dot on the Voice Command button on her phone so it is easier to find, and turned on the Digital Dial Readout feature on her phone so she could more easily dial her cell phone using the keypad. We also made a large print telephone book with all of the names and numbers she has stored in her cell phone so she had something to reference when dialing using Voice Commands.

Ruth loves the changes because they allow her to use her cell phone independently whenever, and wherever she wants. She also couldn’t believe those features were in her phone the whole time!