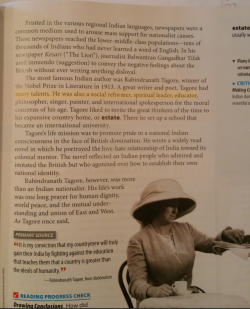 We are so lucky now with the bevy of apps available to scan in text and have it read aloud such as with the KNFB reader and Prizmo apps.  I guess I am a little spoiled, though, because now I want more!! I have many clients who would like to be able to see the document in its original format and be able to read the text at the same time. Well, that is exactly what the Claro ScanPen app, can do!

The name is a bit deceiving, Claro ScanPen is an app, not a pen.  It allows you to take a picture of a page with your mobile device and view it in its original format.  When you want to hear a portion of the text read aloud, you can use your finger or stylus to touch a word, line, or block of text on the page, and it will automatically read it aloud.  The text can be read back at a speed, language, and voice of your choice.  The text highlight color can also be changed.  In a way, it kind of works like the new C-pen Reader Pen, because you can scan exactly where and what you want to be read aloud.

ScanPen allows you to crop and change the document orientation, scan multiple pages at a time, and bring in photos from the camera roll. If you would like to use the text elsewhere, the app can be set to automatically copy, so you can paste it into another document like the Notes app.

ScanPen has been very accurate with my flat, matte documents.  It can have difficulty with accuracy, as many of the apps do when the document has any type of gloss or curve to the page.  On occasion, on both Android and iOS, the app skipped sections of text and/or read them out of order.  This was usually rectified if I retook the picture or readjusted the lighting.

The iOS version is $6.99 or it can be purchased in a bundle with other Claro Apps.  Note: There is a premium iOS version for $6.99 per year, which allows for 10 free scans before subscribing; however, this version of the app was unable to recognize the text in any of my scans, so I never went any further with it.

The Android version is free…forever? according to the website. Forever is a long time, but they have recently updated it, so I’ll take it!  There are a few features missing with this version versus the iOS version, but it basically functions the same and is equal in accuracy.   In one case, Android was better.  I tried several times to scan the document below with ScanPen on both platforms.  The Android version had no issues reading all the text aloud, but the iOS version could not read the text on the red or green portions, even when I changed it to black and white. Note-the cameras on each of my devices were 12MP or more. 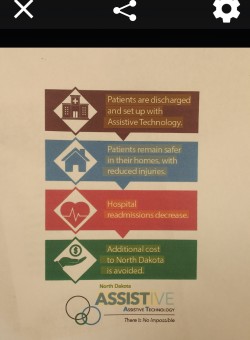 The two videos below from the Indiana and Louisiana State Assistive Technology Programs do a great job of showing how the app works.

If you would like to see a demo of this app, please contact us to schedule an appointment at 1-800-895-4728 and info@ndassistive.org. It is also available on an iPad to try through our equipment loan program.

Look next month for a review of the Claro PDF Pro app.