A favorite summer activity for young and old is going to an amusement or water park.  But for someone with a disability, these parks are only partially accessible.  Gordon Hartman, whose daughter has special needs, recognized the limitations of parks and decided to design a place for everyone to enjoy.  His daughter Morgan was the inspiration for Morgan’s Wonderland which opened in 2010 near San Antonio, Texas.  This year they also added a waterpark, Morgan’s Inspiration Island, which is also fully accessible. 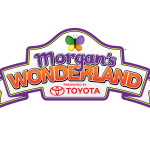 A few things I love about this place:

I was overwhelmed when I was on the website at all the accommodations at the parks; there are just too many to name.  I guess you have to see it to believe it.  Maybe we should all take a trip to San Antonio.  Last one there is a rotten egg.

You just have to go to their website (http://www.morganswonderland.com/) to take it all in. 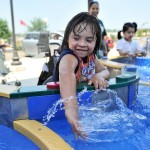