40 Years of Assistive Technology: So Many Innovations, So Many More Future Opportunities! 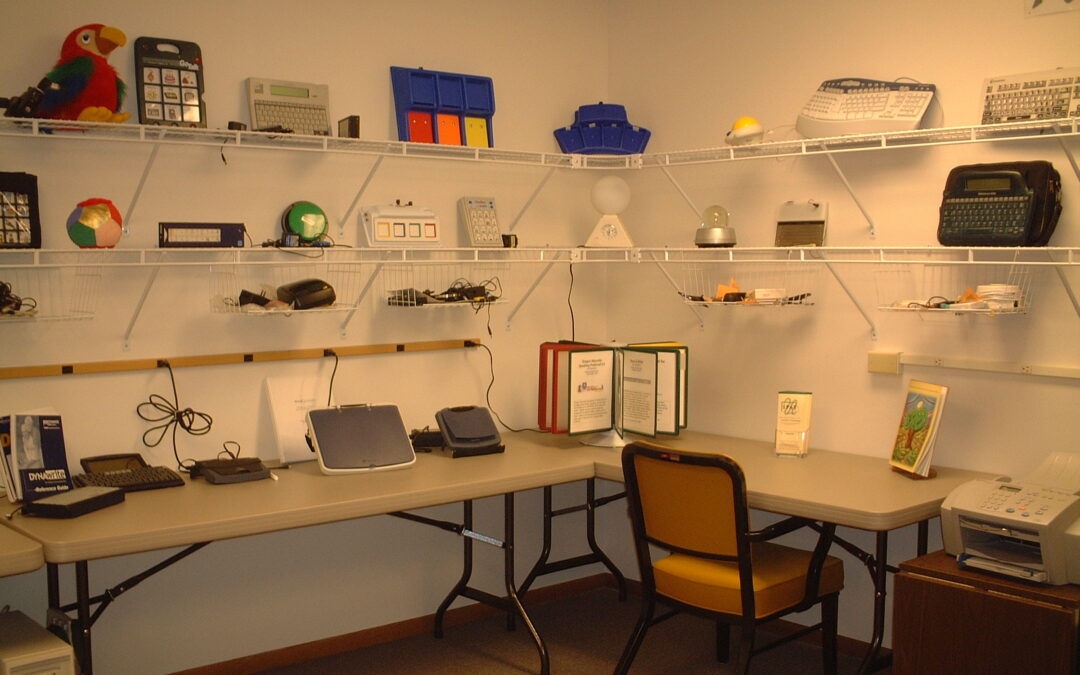 Although the development of assistive technology (AT) started much earlier, the field of AT, in my opinion, did not really come into the public eye until the 80s, which is when I first learned about it in college.  The year 2020 marks the 32nd anniversary of the Assistive Technology Act, the 30th Anniversary of the Americans with Disabilities Act, and the beginning of my 30th year of working with people with disabilities and AT. It is also the 30th anniversary of ND Assistive (formerly IPAT), where I have happily hung my hat for 20 of those years.  So, I thought it would be fun to review the AT developments, discoveries, and happenings over the last four decades with an assistive technology timeline at the end of this article and discuss where we’ve been and where we need to go.

Although we have a long way to go in the field of assistive technology, especially in the area of equitable access and acquisition of AT, we are in a much better place than 40 years ago.  The expanded number of AT choices, lower cost, and the increased mainstream availability of some AT devices, among other things, have made a huge difference for many people in getting the AT they need.  For example, a person with quadriplegia has so many more options for control of their world than back in the 80s. AND most of those options are much more readily available and affordable…”Alexa, turn on my lights, TV, fan…my world!”. 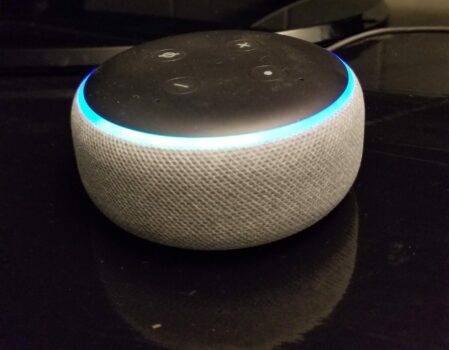 To put it further in perspective, when I first started my first job as a speech-language pathologist in 1991, there was no Internet, I had a computer with a 10 MB hard drive at work, and my home computer had no hard drive, notta, zip. In 2000 when I started with ND Assistive, we had dial-up internet (insert that oh so familiar dial-up sound) and Gateway computers with 20G hard drives (remember those South Dakota cow computers?!). We had voice-activated environmental controls for lights, TV, etc. in the late 90s, but they cost thousands of dollars and were extremely difficult to set up. In contrast for 2020, the $29 sale priced Amazon Echo Dot with a smart plug for the lights can be purchased with a click of a button in your living room and set up in minutes. 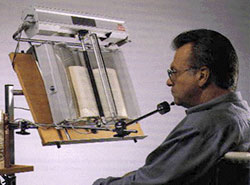 The explosion of mainstream technology these last 20 years and especially these last 10 have changed everything in the world of assistive technology.  I mean, can you believe that it has only been a little over 10 years since the first iPad came into our lives with one big swipe? Not that long ago, the gigantic $4000 GEWA page-turner, which turned the pages of an actual book with a push of a switch was some of the coolest technology available. Now, we can tell our smartphones and tablets to not only turn the page of a digital book, but we can visit the library online and instantly download another book for free!

Not only have assistive technology devices advanced, but more people are working in the field of AT who develop and sell products, assess AT needs, recycle used AT, provide AT training, etc. Some companies, whose main purpose has nothing to do with the field of disability, even have full-time staff and sometimes entire departments dedicated to AT and/or Accessibility, which is so amazing!

Funding avenues for assistive technology have also improved through both private and public means.  I will never forget in 2001 when for the first time ever, Medicare began coverage of speech-generating devices (SGDs) for people with communication disabilities. Before that, SGDs were thought of as “convenience items” with that very language written into Medicare policy. 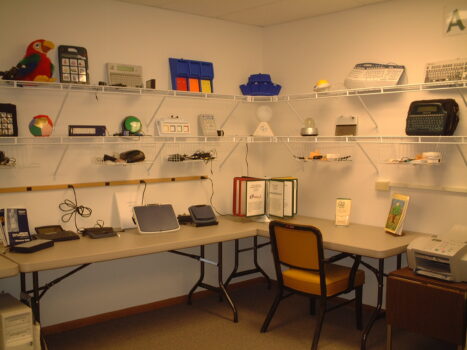 So many amazing changes and developments have happened these last four decades in the arena of assistive technology that one might think that our work as AT providers is easier, that we can slow down, back off, or that there is less work to be done.  On the contrary, AT providers, and AT programs have never been more needed than we are right now. The truth is that because of this explosion of AT and mainstream technology, it is more difficult than ever for the layperson to figure out what AT might work for them when searching through the vast “interweb” of confusion and receiving millions of “hits” in Google.  Not to mention the fact that there are so many choices with so many variables that it really takes someone who specializes in assistive technology to help navigate the situation, provide an appropriate equipment match, provide training, etc.

In addition, we especially need AT providers to continue fighting for AT funding and to build awareness of and access to AT.  So many people are going without because they either cannot afford AT, or they are not even aware AT exists. For example, a grandmother with memory loss ending up in a nursing home because their family did not realize there was a $150 locked medication dispenser that could help her stay in her own home, or a high school senior with dyslexia deciding not to go to college because he was unaware of AT for reading.

In closing, I am looking forward to the next 40 years of amazing advancements in assistive technology, as I know there will be.  I also hope someday that everyone knows about the benefits of assistive technology when they need it and that there is funding available, so they can actually acquire and benefit from it! 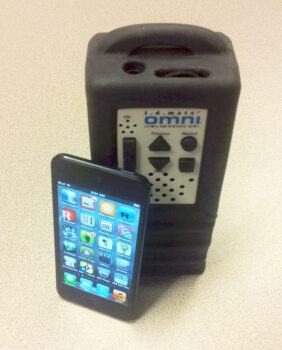 iPod Touch and the IDMate Omni

Disclosure: This timeline below is not inclusive and was compiled with only the vast offering of the internet and my memory…and yes, I even used Wikipedia in some instances.  The dates of these events are approximate. The credit given to some of the inventors is a best guess because conflicting information was found during my searches. So rather than using the following timeline as 100% fact, please just think of it as a form of entertainment and a quick, not all-encompassing, guide to see how far we have come in the past 40 years of assistive technology.

-The Don Johnston company started developing its first assistive technology products for reading and writing such as Co:Writer and Write:OutLoud

– The Express 3, the first device with synthesized speech capabilities debuts

-The Americans with Disabilities Act was signed into law

-Dragon Dictate-a speech to text software program debuted at $9000 and had to be entered one word at a time. It debuted as “one of the first large-vocabulary, general-purpose software products that could convert spoken words into text on a personal computer.”

-The first DynaVox, an augmentative communication device, was released

-US Department of Health and Human Services publishes, “AssistiveTechnology for the Frail Elderly: An Introduction and Overview”, which coincidently makes a prediction for the year 2020.

–Built-in accessibility features were added to the Microsoft operating system for the first time with Windows 95.

-The Association of Assistive Technology Act Programs (ATAP) is established

–Dragon Naturally Speaking 1.0 debuted as their first continuous dictation product although the concept was developed in 1975

-The Section 508 Rehabilitation Act Amendments were signed into law.  This law required that all electronic and information technology be accessible for all federal agencies.

-The Assistive Technology Act was reauthorized

-The prototype of the Obi Self Feeder developed

-Birth of the iPhone

-Siri launches on the iPhone for the first time

-Microsoft debuts app for the platform of its competition, Apple, with Seeing AI, and it’s FREE!

-The 21st Century Assistive Technology Act was introduced in the Senate by Senator Casey and CoSponsored by our own ND US Senator Kevin Cramer, and Senators Collins, Hassan, and King

-30th Anniversary of the Americans with Disabilities Act