Control your Entire Computer with your Mouth?!

Posted on May 16, 2013 by Jeannie Krull in Uncategorized 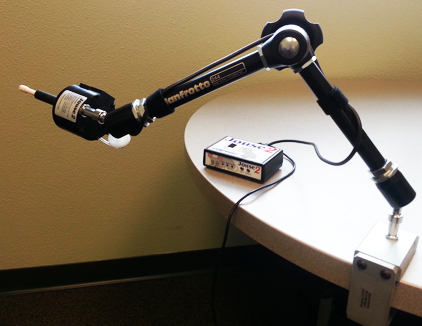 Controlling your entire computer with your mouth?! Is it something out of a Sci-Fi novel?  Maybe, but for many people with severe physical disabilities such as quadriplegia and Multiple Sclerosis, the Jouse2, a mouth operated joystick, can be a fantastic form of computer access! When used with an on-screen keyboard, this alternative mouse gives the user full access to all computer functions!

We have had the Jouse2 in our Center for many years and have found it to be a very accurate and sturdy input device.  There are no drivers to install or software needed to run. This “plug and play” unit plugs into the computer with a simple USB cord, operates like a standard mouse, and comes with its own flexible mount to attach to a computer desk.

The joystick on the Jouse2 is moved with the mouth, tongue, chin or cheek, which, in turn, moves the cursor.  The left and right mouse clicks are performed by sipping and/or puffing on the same joystick. This allows one to perform all computer movements normally made with a standard mouse, such as moving the cursor to click on links, clicking and moving the scroll bar, and dragging and dropping various items on the screen, such as one would do with one of my favorites, Solitaire! This video is a good demonstration of how easily someone can use the Jouse2 to move around their computer.

To input text, an onscreen keyboard is used, such as the built-in one from Microsoft.  The user simply moves the cursor to a letter and performs a left click with the built-in sip/puff switch and voilà, a letter is input into the document.  Here is a letter by Greg Rose, who owns this system.  He created it using the Jouse2 and free onscreen keyboard with word prediction, Click’n’Type.

In conclusion, if you cannot operate a computer with the use of your hands, the Jouse2 is definitely worth investigating, and it just might give you “Independence on a Stick”!

Jeannie Krull
Jeannie Krull is the Program Director for ND Assistive (formerly IPAT). She is an ASHA certified speech/language pathologist and a RESNA certified Assistive Technology Professional, who has worked with people with disabilities of all ages since 1991.