These handy devices are pens that record both your handwriting and audio while you write. When you tap on the notes you’ve written with a smartpen, it will play back the audio recorded at the exact moment you were writing. This technology is great for anyone, but especially for those with difficulties due to memory loss, reading/writing difficulties, or auditory comprehension problems. www.livescribe.com

Why the Livescribe Echo Smartpen is Not Going Anywhere

Throughout the years there have been several variations of Livescribe smartpens, but none as reliable and classic as the Livescribe Echo smartpen. www.livescribe.com/Echo Overall, the other variations have lacked user-friendliness or were, in some way, too restrictive. Example: Sky Wi-Fi Smartpen… Should You Upgrade?

Why I Love the “New Guy” – Livescribe Aegir Smartpen 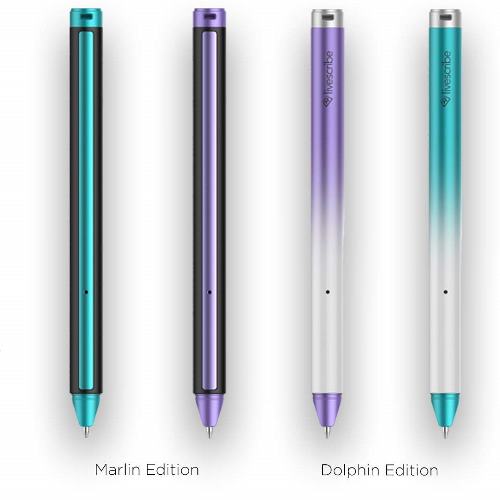 Record On A Second Device, NOT On the Smartpen

Livescribe Echo smartpen has a build in microphone – so the pen itself records audio. Instead, the Livescribe Aegir smartpen utilizes a second device, a smartphone or tablet, as a recording device. The pros to this are you can place the device closer to the person/thing you want to record for clearer audio and you won’t record the “scratching” sound a pen makes when writing on paper.

Once you download the Livescribe+ app (www.livescribe.com/app) to your device, set-up of the pen is incredibly easy. You are guided through the entire process. The pen links via Bluetooth to the recording device of your choice. My initial reaction after setting up the pen was, “Wow! That was it!?”

Use it with An App

Now, keep in mind this can be a con for some, but for those who can’t live without their smartphone or tablet, this is probably a pro. Like any new product, the app itself has a few kinks to work out – but overall it is an intuitive and easy app to use. Did I mention it’s free?

Probably one of the biggest design advantages to this pen is it looks and feels like any other pen. For those who don’t want to “stick-out” this is a HUGE advantage. For some, it may be the one difference between using the pen or device abandonment.

Notes and Recordings Are Easy to Upload and Share

If you have experience sending emails, attaching files to text messages, or using an instant messenger app, then sharing notes and recordings through this app will be easy for you. It literally takes a few button presses and – bam – your notes are shared. You do not need the Livescribe+ app to view the notes and listen to the recording. All you need is an internet browser and internet access. Livescribe guides you through correctly opening the file.

At $99 it is the most reasonably priced smartpen on the market.